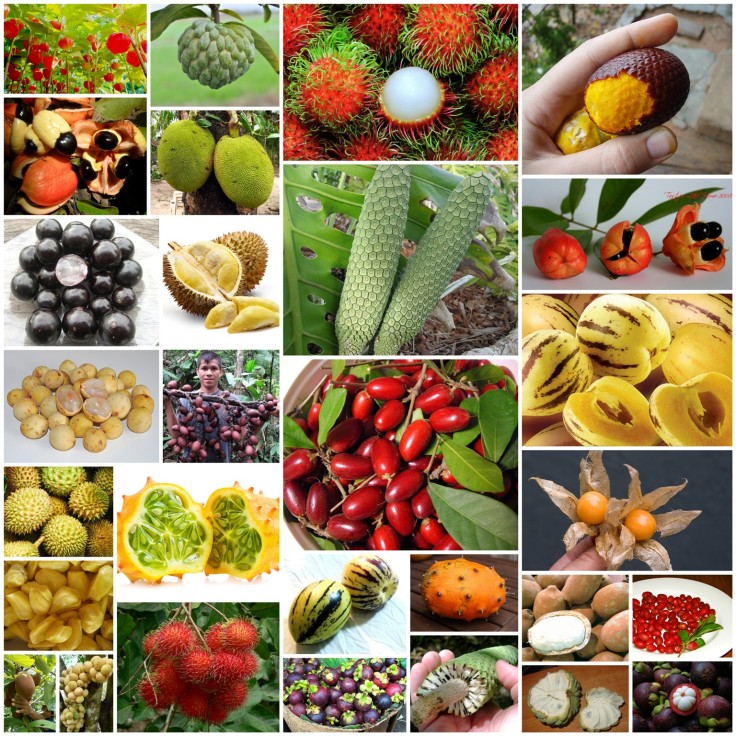 In Jamaica, the ackee fruit is a mixed blessing. Though originally native to West Africa, it migrated to Jamaica in 1778 and is now the country’s national fruit. If improperly eaten, though, ackee can cause what has been dubbed the Jamaican Vomiting Sickness — which, other than the self-explanatory symptoms, can lead to coma or death. Unripe ackee fruit contains a poison called hypoglycin, so preparers must be careful to wait until the fruit’s protective pods turn red and open naturally. Once open, the only edible portion is the yellow arilli, which surround always-toxic black seeds. With all that risk comes a delicious payoff — Jamaica’s national dish is ackee with codfish. You have to commend the bravery of whoever first tried these strange-looking fruits. The ackee is sometimes called a “vegetable brain” because only the inner, brain-shaped, yellowish arils are edible.

Native to the Malay Archipelago, the name of this fruit is derived from the Malay word meaning “hairy,” and you can see why. But once the hairy exterior of the rambutan is peeled away, the tender, fleshy, delicious fruit is revealed. Its taste is described as sweet and sour, much like a grape.

These fruits encased in an unusual, lantern-like husk are part of the nightshade family and thus share a relation with the much more familiar tomato. Since it has a mild, refreshing acidity similar to the tomato, it can be used in many of the same ways. Imagine enjoying some pasta with fresh physalis sauce 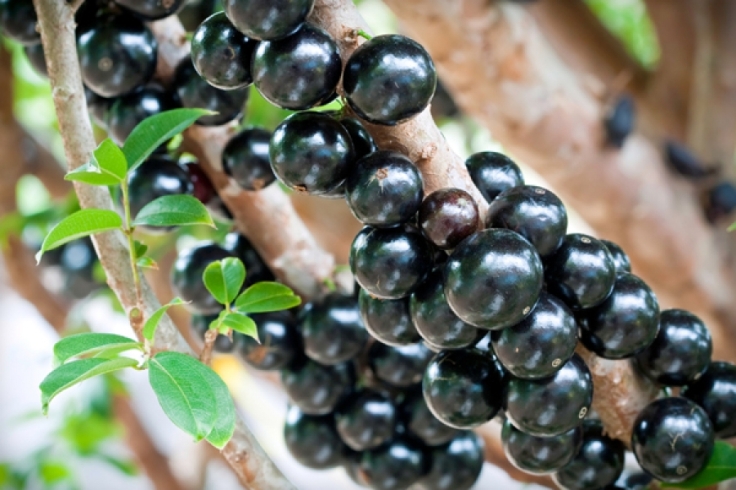 The jabuticaba fruit is unusual in that it appears to blossom right out of the bark and trunk of its tree. The tree may even look covered in purple warts or pimples when it is fully in season. It is often used in its native lands in South America much like grapes are used elsewhere. Jabuticaba wines and liqueurs are both popular and exquisite.

Cucumis metuliferus aka Kiwano, African Horned Cucumber Originated in semi arid Africa near the Kalahari desert. Thorny oval fruits are filled with green-gold gel and lots of seeds; very high in vitamin C. The flavor is reminiscent of pomegranate and citrus. The primary market niche is for garnishes and decorative fruits.

Revered in Southeast Asia as the “king of fruits,”  This large fruit can be recognized by its thorn-covered husk and pungent odor, which has been likened to the smell of gym socks or rotten onions. That may not sound appetizing, but for those who enjoy it, it’s a thick slice of heaven.

Native to West Africa, this berry got its name from its incredible ability to make sour fruits (like lemons and limes) taste sweet instead, when the juices are mixed together. It accomplishes this feat by utilizing a molecule called miraculin, which works by distorting the shape of sweetness receptors on the taste buds. Be careful, though, because although the miraclefruit can distort the taste of sour foods, it does not change the chemistry of the food. Thus, it could leave the stomach and mouth vulnerable to high acidity.

No, this isn’t some exotic variety of mango. Native to Indonesia, Mangosteen is sweet and tangy, juicy, and somewhat fibrous, with an inedible, reddish purple rind. The fragrant, edible flesh of the mangosteen can be described as sweet, tangy, citrusy and peachy. Naturally grown in tropical Southeast Asia, it has been so prized that Queen Victoria is said to have offered a reward of 100 pounds to anyone who could bring her a fresh one. The sweet meat of this fruit is, perhaps appropriate to the legend, well protected by its hard shell, which typically must be split with a knife and cracked open before it can be enjoyed.

The plant, which originates from western Southeast Asia, bears edible fruit. It is the provincial flower for the Indonesian province of South Sumatra. The skin is thin and releases a white sap when cooked. The flesh is watery and tastes sweet and sour. Unlike duku, langsat fruit does not last long after being picked. Three days after being picked, the skin blackens; this does not affect the fruit’s taste.

The cherimoya or Custard Apples is believed indigenous to the interandean valleys of Ecuador, Colombia and Bolivia.  It is white, juicy and fleshy, with a soft custard-like texture and large seeds that look like beans. It is creamy and tastes like a combination of banana, pineapple and strawberry. The skin and seeds shouldn’t be eaten. Cherimoyas are like avocados in that they will ripen at room temperature right on your kitchen counter.

The aguaje fruit is just another nutrient-rich, pulpy gem with the potential to gain as much popularity as the now familiar acai berry or guarana extract. Local people living within the Peruvian Pacaya-Samiria National Reservehave cultivated this fruit, and a variety of others, as part of their culture. The aguaje fruit ripens on a palm tree, and when it is ready to eat, one must peel back the maroon scales before munching on the crisp yellow flesh inside. Tasters have compared the aguaje fruit to a carrot.

Enormous and prickly on the outside, jackfruit looks somewhat like durian (though jackfruit is usually even larger). Once a jackfruit is cracked open, what you will find inside are pods or “bulbs”. Often referred to as the seeds, these bulbs are actually a kind of fleshy covering for the true seeds or pits, which are round and dark like chesnuts. The fleshy part (the “bulb”) can be eaten as is, or cut up and cooked. When unripe (green), it is remarkably similar in texture to chicken, making jackfruit an excellent vegetarian substitute for meat. In fact, canned jackfruit (in brine) is sometimes referred to as “vegetable meat”.

Native to the rain forests of Central America, monstera deliciosa looks more like an ear of corn than a fruit. To get to its pineapple-like flesh, the scaly exterior must be flaked off and delicately prepared. Interestingly, this fruit takes as long as a year to ripen and to be safe enough to eat — it can be toxic if unripe.

The fruit of the tree, which is called by the same name, has been a primary food source for natives in the rainforest for centuries and has a creamy, exotic pulp at the center of a large melon. The fruits are about the size of a medium-sized watermelon and become ripe from January to April, during the rainy season. These are gathered, split open, and the pulp is made into juice, ice cream, jam, tarts, smoothies and more. These are considered delicacies in many of the larger cities of South America, such as Rio

The unusual, round fruits of the Melon pear are cream skinned with purple streaks. The deliciously sweet and juicy flesh has a taste and aroma similar to melon, and can be eaten in a similar way. Common throughout its native lands in South America, this fruit has been exported as far away as New Zealand and Turkey. It can bear fruit within four to six months of being planted and makes a resilient crop, so it’s a favorable option for farmers who know of it.