This is a small orange-brown bird with a long tail and an undulating flight. The male has a grey head and black moustaches (not a beard). Flocks often betray their presence in a reedbed by their characteristic “ping” call.

The Bearded Reedling (Panurus biarmicus) is a small, sexually dimorphic reed-bed passerine bird. It is frequently known as the Bearded Tit, due to some similarities to the Long-tailed Tit, or the Bearded Parrotbill.

This species is a wetland specialist, breeding colonially in large reed beds by lakes or swamps. It eats reed aphids in summer, and reed seeds in winter, its digestive system changing to cope with the very different seasonal diets.

The Bearded Reedling is a species of temperate Europe and Asia. It is resident, and most birds do not migrate other than eruptive or cold weather movements. It is vulnerable to hard winters, which may kill many birds. The English population of about 500 pairs is largely confined to the south and east with a small population in Leighton Moss in north Lancashire. In Ireland a handful of pairs breed in County Wexford. The largest single population in Great Britain is to be found in the reedbeds at the mouth of the River Tay in Perth and Kinross, Scotland, where there may be in excess of 250 pairs. 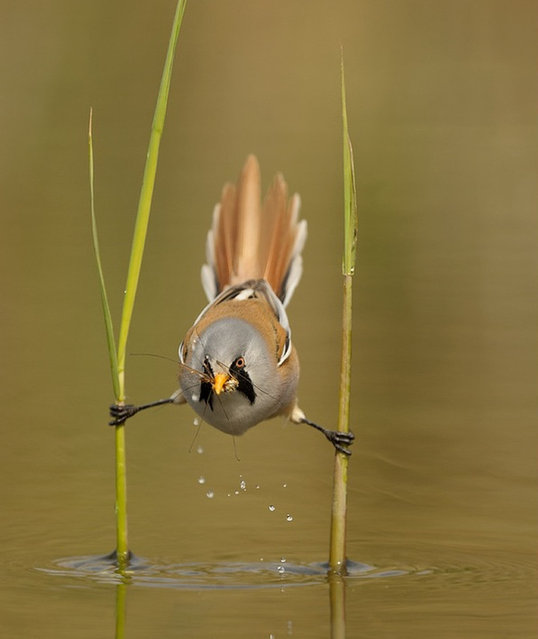 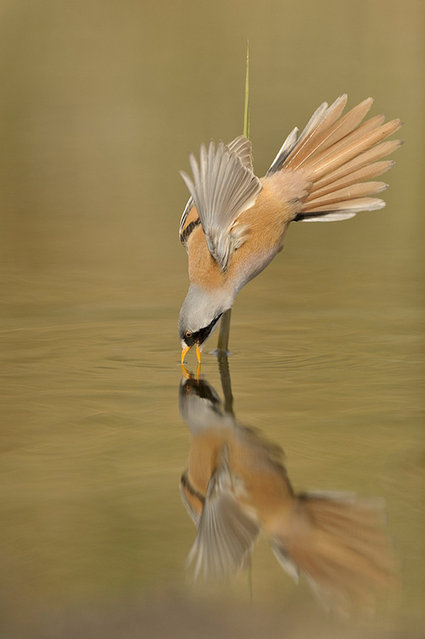