The core of the Global Innovation Index Report consists of a ranking of world economies’ innovation capabilities and results. Recognizing the key role of innovation as a driver of economic growth and prosperity, and the need for a broad horizontal vision of innovation applicable to developed and emerging economies, the GII includes indicators that go beyond the traditional measures of innovation such as the level of research and development.

The top-ranked countries in the GII come from different parts of the globe, confirming the global dispersion of innovation. The top 10 this year are ranked as follows: 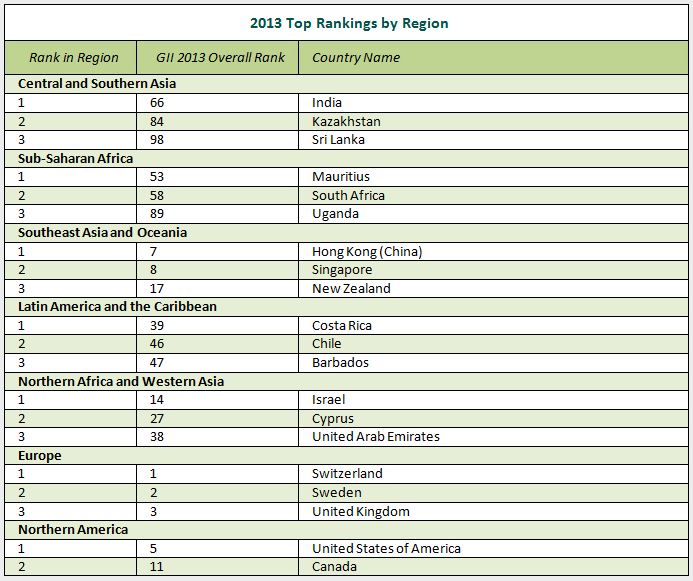 The Global Innovation Index 2013 (GII), in its 6th edition this year, is co-published by Cornell University, INSEAD, and the World Intellectual Property Organization (WIPO, a specialized agency of the United Nations).