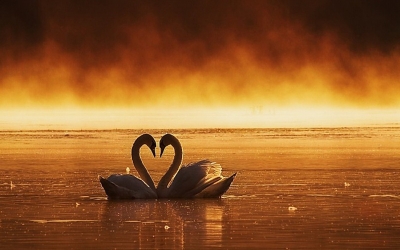 Swans symbolize purity and love. They also mate for life. When one partner dies, the other does not find another swan to mate with. They remain alone for as long as they live. They constantly show their love by bobbing their heads and bringing them together, making the space between them look like a heart. 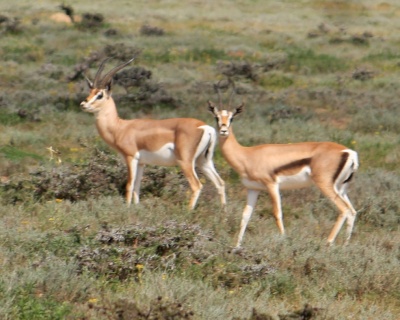 The Kirk’s Dik-Dik doe-eyed antelope roam in groups and rarely stray. Researchers have found that the male species might stick around to cover his mate’s scent so that other male antelopes cannot track it. The female too, shows no interest in mating with males other than her partner. 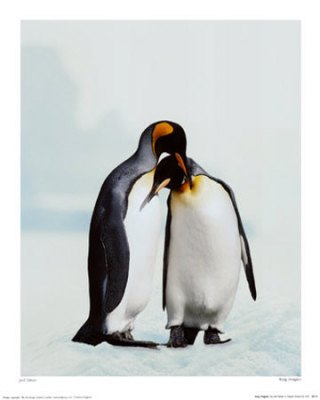 For these Penguins, communication is the key to their love life. They are always seen with their partners and are only separated when they have to hunt or are faced with extreme winters. They spend time with other penguin couples and even take trips with their extended families! 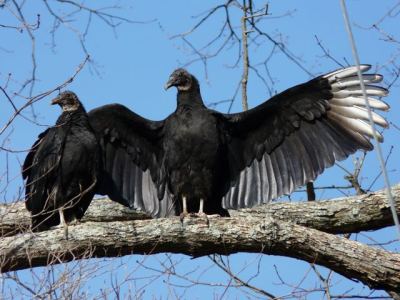 Black vultures are very serious about their mates. The couple hangs out together throughout the year and even share parenting duties. They then form a close-knit family within themselves.

Hope you all loved the Movie CastAway and Robinson Crusoe. To your surprise there are many real incidents happened. Scroll down to read the Unbelievably True Cast Aways..

The story of Alexander Selkirk, the Scottish sailor who spent four years as a castaway, was the inspiration behind Daniel Defoe’s novel Robinson Crusoe as well as Gulliver’s Travels. Selkirk was a sailor serving under Captain Thomas Stradling. In mid-expedition the captain made a stop for more supplies. Selkirk voiced his concern about the security of the ship with the extra weight carried on it. He tried and failed to rally others not to continue on. Stradling then decided to leave Selkirk alone on the island of Juan Fernández.

Selkirk turned out to be quite a skillful survivor. He lived in huts made of pimento trees.

At first he remained where he felt safer along the shoreline. While waiting for someone to come to his rescue, the desperate castaway survived on oysters, shellfish and anything he could catch. That is until hungry sea lions wanted their territory back for mating season. This drove him deeper into the unbeknownst depths of the island. There, Selkirk was lucky enough to come across feral goats which provided him milk, meat and clothing as well as feral cats that protected him against the ravenous rats that attacked him at night time.

On February 1, 1709, four years and four months later, he was finally rescued by a privateering ship. His story became a sensation and Selkirk continued his life as a sailor, ending his career serving as lieutenant aboard the Royal ship Weymouth.

Accompanied by his wife, daughter, son, and twin sons, Douglas Robertson was an experienced sailor from Scotland who purchased Lucette, the family boat with the family’s life’s savings. While sailing to the Galapagos Islands from Panama their boat was sunk by a pod of killer whales.

Already being a close knit group, the family demonstrated remarkable survival skills and were able to survive 38 days on their small dinghy. They collected rain droplets for drinking water, caught turtles and flying fish for food and sailed their way towards Central America to be rescued. By their 38th day, they were sighted by a Japanese fishing trawler heading towards the Panama Canal. Robertson had documented their adventure which inspired his book Survive the Savage Sea.

In 1980 British writer/adventurer Gerald Kingsland put an ad in Time Out Magazine seeking a female companion who would want to share her life with him on a deserted island. A young 24 year old Lucy Irvine accompanied him and the two set out to Tuin Island in the Torres Strait between Australia and Papua New Guinea.

From 1982-1983, they lived as self-imposed castaways on the uninhabited island. However water supply was scarce and if it hadn’t been for Badu Islanders coming to their rescue, the couple would have perished there. Upon their return to civilization, Kingsland and Irvine wrote separate accounts of their adventure. Irvine published Castaway in 1983 (the story which inspired the Robert Zemicks blockbuster hit film). Kingsland’s book The Islander was published in 1984.

Tom Neale depicted in the book An Island to Oneself

Author of the popular autobiography An Island to Oneself, Tom Francis Neale was a New Zealander who spent 16 years of his life (in three sessions) living alone on Suwarrow island in the Cook Islands.

His first time around, Neale caught a ride with a ship passing close to Suwarrow. They dropped him off with two cats, water tanks, a hut and some books. There he found remnants of what coast watchers had left behind during the Second World War: a damaged boat, wild pigs and chickens. Because the pigs were destroying all the vegetation, he hunted them over the course of several months. During his time there he planted a garden, domesticated the chickens, and repaired the boat.

After a serious back injury in 1954, which paralyzed him for 4 days, he was lucky enough to be discovered by a couple on a yacht who nursed him back to health. They promised they would send a ship out for him and two weeks later the Cook Islands government arrived to take him back to Rarotonga.

Neale waited for his back to heal in order to return to his island. Though he married and had two children, in the spring of 1960 he returned to the island with enough provisions to last him three and a half years. Then in January 1964 he left the island voluntarily as pearl divers now began invading the area.

Neale returned to the atoll in June 1967 and stayed there until 1977. That year, another yacht found him ill. He was diagnosed with stomach cancer taken to Rarotonga where he died eight months later.

The famous explorer Ernest Shackleton and his crew of 28 men left England aboard the ship Endurance (pictured above) on August 8, 1914 to fulfill his dream of crossing the South Polar continent from sea to sea.

During the expedition the ship got trapped in ice. Shackleton and his men found themselves marooned in the Antarctic for five months. They lived on top of floating ice, fed on seals and kept warm by playing hockey and dog-sled racing. In April 1916, Shackleton and 5 of his men set off in three small lifeboats they had recovered, to find help on Elephant Island. The six men spent 16 days crossing 1,300 km of ocean. The six men landed on an uninhabited part of the island so their last hope was to cross 26 miles of treacherous mountains and glaciers until they finally reached a whaling station where they found help.

Shackleton returned to rescue the men on Elephant Island and amazingly, apart from some missing toes from frostbites, not one member of the 28-man crew was lost.

The story which inspired Scott O’Dell’s book Island of the Blue Dolphin was that of the last surviving member of the Nicoleño tribe, Juana Maria, better known as the Lone Woman of San Nicolas Island. After Russian otter killers invaded the island and massacred most of her people in 1835, missionaries heard about the news and decided to sponsor a rescue operation. All remaining members of the tribe were gathered and shipped to San Pedro Bay to live at the San Gabriel Mission. All except Juana Maria.

In 1853, 18 years later, a sea otter hunter named George Nidever found her living in a hut made of whale bones surviving on seal blubber she left out to dry. She was taken to the Santa Barbara Mission and reportedly, was fascinated by everything surrounding her, the European people, the clothing, the food, the horses. Nidever brought her home to live with him and his wife however it wasn’t long before these new living conditions took their toll on the longtime castaway.

Just seven weeks after arriving on the mainland, she contracted dysentery (an inflammatory disorder of the intestine) and died. The Lone Woman was baptized with the Christian name Juana Maria (her native name is unknown).

Ada Blackjack was an Inuit woman who lived as a castaway on an uninhabited island in Northern Siberia for two years. Ada had taken a job as a cook and seamstress to save money for her only son Bennett who had chronic tuberculosis. She joined a team of explorers who were attempting to claim Wrangel Island for Canada. The team left on September 16, 1921 but turned out to be inadequately prepared for the future that awaited them.

They ate their way through much of the rations, and did not hunt and store enough food to last them very long. Three of the men attempted to cross the frozen sea to seek out help and more food to eat, leaving behind Ada and the scurvy-inflicted Lorne Knight. As expected, the men never returned and Ada cared for both her and a rather ungrateful Knight right up until his death in April 1923.

Ada became a very resourceful survivor learning how to set up traps to capture small wild animals such as Arctic foxes, and also became quite the skilled-gunwoman managing to kill birds, seals and even fending off polar bears.

On 19 August 1923 she was rescued by a man hired by the former head of the expedition who had left her and Knight there, Vilhjalmur Stefansson. Ada used the money she saved to take her small son Bennett to Seattle to cure his tuberculosis and had another son Billy. Eventually, Ada returned to the Arctic where she lived until the age of 85.