I wish to share a secret with you, that I have learned in my spiritual exploration.

Your character and love towards everyone should invite people to ask curiously “What is the secret?”. Your answer can be any like Buddhism, Christianity, Hinduism, Islam, Jainism, Judaism or any faith, even Atheism can be your answer.

What is the real secret here? Your Faith or your Virtues?

In fact, your virtues are the secret of your Faith that you’ve chosen to believe. 🙂

It is like keeping a precious jewel in a safe box. Without the box, the jewel would be lost, without the jewel, the box would be regarded worthless. Your faith is the safe box and your virtues are the jewels.

Regardless of whatever the safe box/religions you have, the jewels/virtues remain the same. God has all the virtues and needs no safe box like we need. Now this is the bigger secret one can understand at higher level of spiritual enlightenment.

So, value people based on their virtues, not on the basis of their religion. Respect their choice and freedom, they are free souls just like you and me.

The country is a constitutional monarchy, headed by King Rama IX, the ninth king of the House of Chakri, who, having reigned since 1946, is the world’s longest-serving current head of state and the longest-reigning monarch in Thai history. The king of Thailand is titled Head of State, Head of the Armed Forces, Adherent of Buddhism, and Upholder of religions.

Thailand is the world’s 51st-largest country in terms of total area, with an area of approximately 513,000 km2(198,000 sq mi), and is the 20th-most-populous country, with around 64 million people. The capital and largest city is Bangkok, which is Thailand’s political, commercial, industrial and cultural hub. About 75% of the population is ethnically Thai, 14% Thai Chinese, and 3% is ethnically Malay; the rest belong to minority groups including Mons,Khmers and various hill tribes. The country’s official language is Thai. The primary religion is Buddhism, which is practiced by around 95% of the population.

Thailand experienced rapid economic growth between 1985 and 1996, and is presently a newly industrialized country and a major exporter. Tourism also contributes significantly to the Thai economy. There are approximately 2.2 million legal and illegal migrants in Thailand, and the country has also attracted a number of expatriates from developed countries. 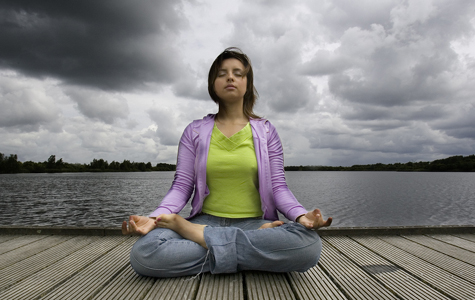 Some of the earliest written records of meditation (Dhyana), come from the Hindu traditions of Vedantism around 1500 BCE. The Vedas discuss the meditative traditions of ancient India. Around the 6th to 5th centuries BCE, other forms of meditation developed in Taoist China and Buddhist India. Dhyana in early Buddhism also takes influence on Vedanta by ca. the 4th century BCE.

The exact origins of Buddhist meditation are subject to debate among scholars. Early written records of the multiple levels and states of meditation in Buddhism in India are found in the sutras of the Pāli Canon, which dates to 1st century BCE. The Pali Canon records the basic fourfold formula of salvation via the observance of the rules of morality, contemplative concentration, knowledge and liberation, thus placing meditation as a step along the path of salvation. By the time Buddhism was spreading in China, the Vimalakirti Sutra which dates to 100CE included a number of passages on meditation and enlightened wisdom, clearly pointing to Zen.

In the west, by 20 BCE Philo of Alexandria had written on some form of “spiritual exercises” involving attention (prosoche) and concentration and by the 3rd century Plotinushad developed meditative techniques, which however did not attract a following among Christian meditators. Saint Augustine experimented with the methods of Plotinus and failed to achieve ecstasy.

The Silk Road transmission of Buddhism introduced meditation to other oriental countries. Bodhidharma is traditionally considered the transmitter of the concept of Zen to China. However, the first “original school” in East Asia was founded by his contemporary Zhiyi in the 6th century in central China. Zhiyi managed to systematically organize the various teachings that had been imported from India in a way that their relationship with each other made sense.  Wonhyo and Uisang promoted Korean Buddhism in the 7th century.

There is evidence that Judaism has inherited meditative practices from its predecessor traditions in Israelite antiquity. For instance, in the Torah, the patriarch Isaac is described as going “lasuach” in the field – a term understood by all commentators as some type of meditative practice (Genesis 24:63). There are indications throughout the Tanach (the Hebrew Bible) that Judaism always contained a central meditative tradition.

With the growth of Japanese Buddhism from the 8th century onwards, meditative practices were brought to and further developed in Japan. The Japanese monk Dosho learned of Zen during his visit to China in 653 and upon his return opened the first meditation hall in Japan, at Nara. Meditative practices continued to arrive in Japan from China, and were subjected to modification. When Dōgen returned to Japan from China around 1227, he wrote the instructions for Zazen, or sitting meditation, and conceived of a community of monks primarily focused on Zazen.

Sufi view or Islamic mysticism involves meditative practices. Remembrance of God in Islam, which is known by the concept Dhikr is interpreted in different meditative techniques in Sufism or Islamic mysticism. This became one of the essential elements of Sufism as it was systematized in the 11th and 12th centuries. It is juxtaposed with fikr (thinking) which leads to knowledge. By the 12th century, the practice of Sufism included specific meditative techniques, and its followers practiced breathing controls and the repetition of holy words.

Eastern Christian meditation can involve the repetition of a phrase in a specific physical posture, and can be traced back to the Byzantine period. Between the 10th and 14th centuries, hesychasm was developed, particularly on Mount Athos in Greece, and continues to the present. It involves the repetition of the Jesus prayer. It is possible that there were interactions between Hesychasts and the Indians or the Sufis, but this can not be proved.

By the 18th century, the study of Buddhism in the West was a topic for intellectuals. The philosopher Schopenhauer discussed it, and Voltaire asked for toleration towards Buddhists. The first English translation of the Tibetan Book of the Dead was published in 1927.

New schools of yoga developed in Hindu revivalism from the 1890s. Some of these schools were introduced to the west, by Vivekananda and later gurus. Other schools were designed as secularized variants of yoga traditions for use by non-Hindus, e.g. the system of Transcendental Meditation popular in the 1960s, and numerous forms of Hatha Yoga derived from the Ashtanga Vinyasa Yoga school, which became known simply as “Yoga” in western terminology.

Rather than focusing on spiritual growth, secular meditation emphasizes stress reduction, relaxation and self-improvement. Both spiritual and secular forms of meditation have been subjects of scientific analyses. However, after 60 years of scientific study, the exact mechanism at work in meditation remains unclear.

All situations teach you, and often it’s the tough ones that teach you the best.