“Land of Whispers” invites you to visit arguably the most unique and isolated travel destination in the world – not to criticize, but to observe and listen. Aside from usual highlights such as Pyongyang or Arirang, this unique one-man documentary brings you to areas such as Chongjin or Wonson, still virtually unknown to even google or Wikipedia. There, I attempt to pierce through the ever-present ‘national mythology’ and as much as possible, I try to connect with people – such as the waitress mesmerized by tablet computers, or a tour guide cautiously fascinated by modern pop culture.

North Korea , officially the Democratic People’s Republic of Korea (DPRK; Chosŏn’gŭl: 조선민주주의인민공화국; Chosŏn Minjujuŭi Inmin Konghwaguk), is a country in East Asia, in the northern bulk of the Korean Peninsula. The capital and largest city is Pyongyang. The Amnok River and the Tumen River form the international border between North Korea and China. A small section of the Tumen River also lies along the border between the Russian Federation, following the river’s thalweg. The Korean Demilitarized Zone forms the boundary between North Korea and South Korea. The legitimacy of this border is not accepted by either side, as both states claim to be the legitimate government of the entire peninsula.

The Korean Peninsula was governed by the Korean Empire from the late 19th century to the early 20th century, until it was annexed by the Empire of Japan in 1910. After the surrender of Japan at the end of World War II, Japanese rule ceased. The Korean Peninsula was divided into two occupied zones in 1945, with the northern bulk of the peninsula occupied by the Soviet Union and the southern portion by the United States. A United Nations–supervised election held in 1948 led to the creation of separate Korean governments for the two occupation zones: the Democratic People’s Republic of Korea in the north, and the Republic of Korea in the south. The conflicting claims of sovereignty led to theKorean War in 1950. An armistice in 1953 committed both to a cease-fire, but the two countries remain officially at war because a formal peace treaty was never signed. Both states were accepted into the United Nations in 1991.

Although the DPRK officially describes itself as a Juche Korean-style socialist republic and elections are held, it is widely considered a dictatorship that has been described as totalitarian and Stalinist[20][2][21] with an elaborate cult of personality around the Kim family, which in 2013 were constitutionally enshrined as the country’s hereditary rulers.The Workers’ Party of Korea, led by a member of the ruling family, holds de facto power in the state and leads the Democratic Front for the Reunification of the Fatherland of which all political officers are required to be a member.Juche, an ideology of self-reliance initiated by the country’s first President, Kim Il-sung, became the official state ideology, replacing Marxism–Leninism, when the country adopted a new constitution in 1972. In 2009, references to Communism (Chosŏn’gŭl: 공산주의) were removed from the country’s constitution.

Most services such as healthcare, education, housing and food production are state funded or subsidized. Many hospitals lack basic medicine, equipment, running water, and electricity, rivaling those of the poorest African countries. The means of production are owned by the state through state-run enterprises and collectivized farms. North Korean food output is one of the lowest worldwide; in early 2013, the UN identified North Korean government policies as the primary cause of the shortages and estimated that 16 million people required food aid.

The country follows Songun, or “military-first” policy in order to strengthen the country and its government. North Korea is the world’s most militarized society, with a total of 9,495,000 active, reserve, and paramilitary personnel. Its active duty army of 1.21 million is the 4th largest in the world, after China, the U.S., and India. It is a nuclear-weapons state and has an active space program.

As a result of its isolation, it is sometimes known as the “hermit kingdom“. The Economist Intelligence Unit ranked it as the lowest country in the Democracy Index. Amnesty International and Human Rights Watch report of severe restrictions on human rights but the government rejects these claims. 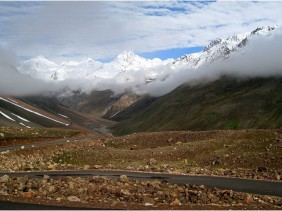 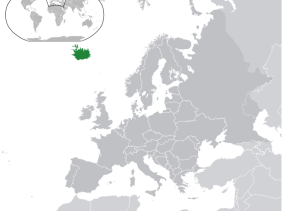 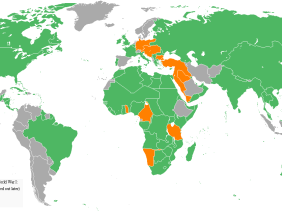 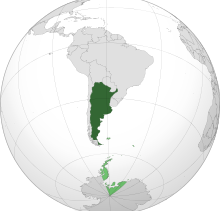