It starts really slow — if you want to see real action, skip ahead to 1962 or so — but the buildup becomes overwhelming.

Japanese artist Isao Hashimoto has created a beautiful, undeniably scary time-lapse map of the 2053 nuclear explosions which have taken place between 1945 and 1998, beginning with the Manhattan Project’s “Trinity” test near Los Alamos and concluding with Pakistan’s nuclear tests in May of 1998. This leaves out North Korea’s two alleged nuclear tests in this past decade (the legitimacy of both of which is not 100% clear).

Each nation gets a blip and a flashing dot on the map whenever they detonate a nuclear weapon, with a running tally kept on the top and bottom bars of the screen. Hashimoto, who began the project in 2003, says that he created it with the goal of showing”the fear and folly of nuclear weapons.”

This story is about Bobby, a young man who works in an IT company after completing his Chemical Engineering. One day his life completely changes because of David Uncle! As this story holds suspense, I wish not to break it here. If you are a socially concerned person and who value relationships in life, this story will not disappoint you. Instead will energize you. Go ahead and drop your feedback if you have any, that boosts me to write more and improvise. 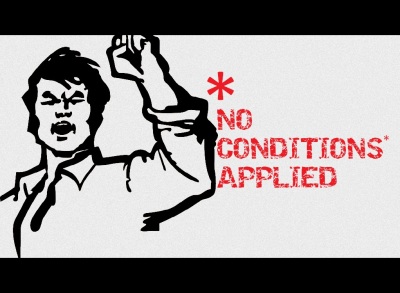 A Few Days Back:

“Let us do it guys!”, Bobby’s Team Lead cheered them up for their next project.

“There he goes taking another 2 more hours of mine. Oh! God. What kind of creature he is!” Bobby cursed him.
He badly needed a break then.

“Hey Bobs!” he turned, “Wazzup, looking so dull? Come join me for a coffee?” asked Richa.

“Yeah Rich! You knew it, then why are you asking me! All credits go to that Aristotle (nick name for his TL)” he walked along with her to the cafeteria.

He started focusing on coffee as soon as it arrived.

“Chill Bobs, new project, right? Just a matter of six months X 2 hours dear, then you fly to on-site!” Richa continued, “look for France, Swiss or Norway than US, that’s a big LIFE Bobs” she cheered him up with the typical IT dream life.

She started sipping her cappuccino

“You know Rich? I am not suppose to be here in this IT industry at all, after finishing my Masters in Chemical Engineering… I don’t know why I ended up here.” he started his usual blabbering. “All because of that Uncle David!”

“Who? That Higher official works in Nuclear Plant… you used to say?” Richa asked.

“Yes, Yes, the same old man, See he could have easily placed me there in a good profile, but he didn’t help me. In fact, he was the one who inspired me to study Chemistry, and advised me to take this stream also. But when I approached for my job, he said no for the recommendation, ‘Try on your own’ blah blah and rejected me” he kept trolling.

“Relax Bobs, cold coffee may get hot :)” she tried to divert him.

His phone started vibrating in his pocket. He picked and said “Yes, Dad!”. He didn’t miss to signal her to stay silent ‘Shh, Dad’.

“Break Time Dad… Having Coffee,” he answered as if he is so cool in the office.

“What? What happen to him? Is he serious?” his face changed.

“Ok Dad, I will come immediately” he disconnected the call.

“What Bobs? Why so serious?” she asked.

“Hmmm.. David Uncle seems serious, I am gonna ask him at least get me a job there before you die man.” he winked and finished the coffee in one sip.

“Ok catch you later Rich, I update you Watsapp” he left the office.

At ICU in a Hosipital.

“Hey, come on Bobby, he is so critical” Bobby’s mother updated him.

Though he has something not to like David Uncle, he felt sad and he consoled uncle’s family.

He walked his Daddy, some distance “Dad, what happened to him? He was alright even last week when I saw him.”

“No, Son, he was not all right, he was affected by a terminal cancer, due to radiations. We all knew it, he strictly told me that I should not say this to you.” his dad held his shoulder for support.

“Dad? Is that.. that is… the reason why he denied me every time from joining there?” Bobby’s broken voice found it so difficult to come in order.

“Yes, Bobby, he felt so sorry for you every time that he guided you wrongly by talking to you about chemical stuffs, he admitted that he should have let you on your own. He asked sorry so many times” his dad stammered.

“Bobby?” a staff nurse asked “You? He wants to see you”

He rushed, almost fallen down, and his father supported him to stand.

He entered the ICU, he could feel the sound of all the Machines and Tubes connected to Uncle David.

“Hey Little Bobby” probably the first time he heard David Uncle speak in such low voice from his childhood. He was a big strong man with stout voice.

“Uncle :)” Bobby offered the most difficult smile of his life.

“I…” David Uncle tried to speak.

“No, Uncle, I am Sorry, I am the one need to…” beep beep beep… the devices went crazy.

Doctors entered in a flash, again strange devices, strange methods, but David Uncle did not close his eyes, It was looking at Bobby, till a doctor closed them.

“I am sorry Uncle” David held his legs and cried out loudly.

My resignation might have reached Aristotle. Now I am an Anti-Nuclear Activist! I Fight for justice and safety. I fight for the one who loved me so much, he is no more. And I fight for many unknown Davids whom I love! Please Join my cause and fight with me, friends. – Bobby

He messaged all his friends on Whatsapp and continued his shouting and lifted the banner higher, which said

Ensure 100% safety, if you can’t! Then Shut Down*
*No Conditions Applied.