Excess carbon dioxide (CO2) caused by many factors is a building up in our atmosphere and contributing to climate change. Trees absorb CO2, removing and storing the carbon while releasing the oxygen back into the air. In one year, an acre of mature trees absorbs the amount of CO2 produced when you drive your car 26,000 miles.

Trees absorb odors and pollutant gases (nitrogen oxides, ammonia, sulfur dioxide and ozone) and filter particulates out of the air by trapping them on their leaves and bark.

In one year an acre of mature trees can provide enough oxygen for 18 people.

Trees cool the streets and the city 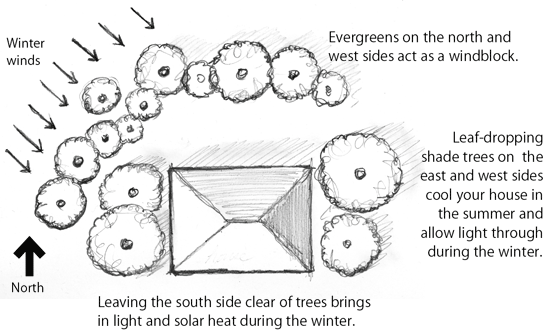 Average temperatures in Los Angeles have risen 6°F in the last 50 years as tree coverage has declined and the number of heat-absorbing roads and buildings has increased.
Trees cool the city by up to 10°F, by shading our homes and streets, breaking up urban “heat islands” and releasing water vapor into the air through their leaves.

Three trees placed strategically around a single-family home can cut summer air conditioning needs by up to 50 percent. By reducing the energy demand for cooling our houses, we reduce carbon dioxide and other pollution emissions from power plants. 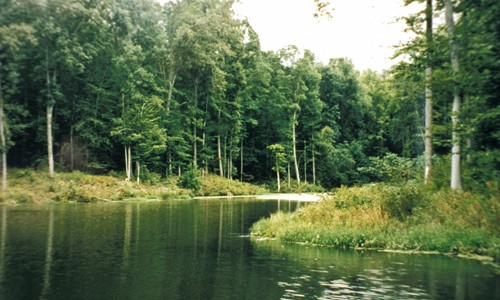 Trees reduce runoff by breaking rainfall thus allowing the water to flow down the trunk and into the earth below the tree. This prevents stormwater from carrying pollutants to the ocean. When mulched, trees act like a sponge that filters this water naturally and uses it to recharge groundwater supplies.

On hillsides or stream slopes, trees slow runoff and hold soil in place.

Skin cancer is the most common form of cancer in the United States. Trees reduce UV-B exposure by about 50 percent, thus providing protection to children on school campuses and playgrounds – where children spend hours outdoors.

An apple tree can yield up to 15-20 bushels of fruit per year and can be planted on the tiniest urban lot. Aside from fruit for humans, trees provide food for birds and wildlife.

Studies have shown that patients with views of trees out their windows heal faster and with less complications. Children with ADHD show fewer symptoms when they have access to nature. Exposure to trees and nature aids concentration by reducing mental fatigue. 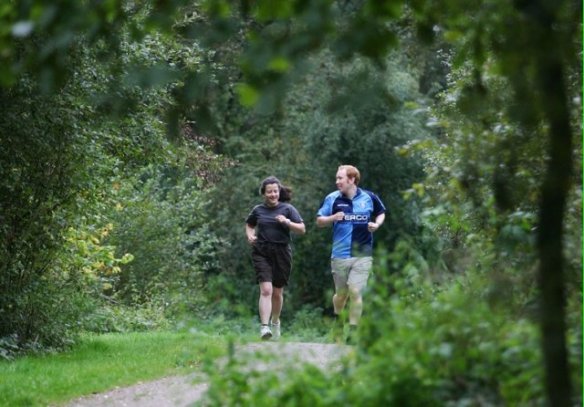 Neighborhoods and homes that are barren have shown to have a greater incidence of violence in and out of the home than their greener counterparts. Trees and landscaping help to reduce the level of fear.

Is it winter, spring, summer or fall? Look at the trees.

Trees are teachers and playmates 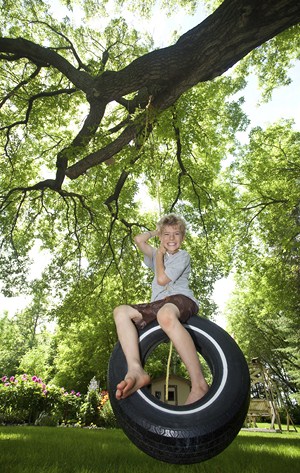 Whether as houses for children or creative and spiritual inspiration for adults, trees have provided the space for human retreat throughout the ages. 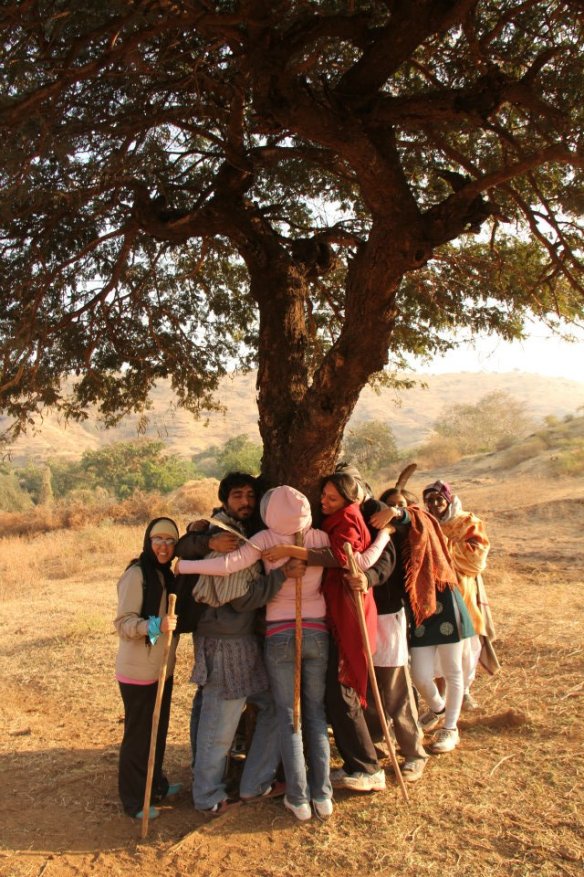 Tree plantings provide an opportunity for community involvement and empowerment that improves the quality of life in our neighborhoods. All cultures, ages, and genders have an important role to play at a tree planting or tree care event. 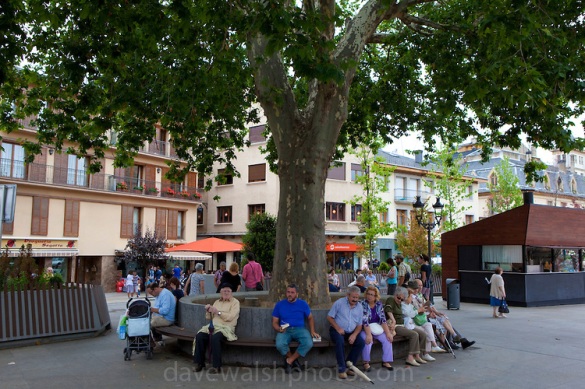 Trees as landmarks can give a neighborhood a new identity and encourage civic pride.

Trees provide a canopy and habitat for wildlife

Sycamore and oak are among the many urban species that provide excellent urban homes for birds, bees, possums and squirrels.

Trees can mask concrete walls or parking lots, and unsightly views. They muffle sound from nearby streets and freeways, and create an eye-soothing canopy of green. Trees absorb dust and wind and reduce glare.

In suburban and rural areas, trees can be selectively harvested for fuel and craft wood.

The beauty of a well-planted property and its surrounding street and neighborhood can raise property values by as much as 15 percent.

Studies show that the more trees and landscaping a business district has, the more business will flow in. A tree-lined street will also slow traffic – enough to allow the drivers to look at the store fronts instead of whizzing by.

The world over, animals and plants rely on feeding of some sort. Energy and nutrients need to travel from the outside of their bodies to the inside, to sustain the chemical reactions that we call life. From poo-eating detritivores to the finest restaurant critics, everything eats! Let’s have a look at how.

An apex predator is one that is at the top of its particular food chain – it has no natural enemies or predators of its own. While we might see them as domineering and selfish creatures, like sharks, wolves and even humans, apex predators are essential to the environment and to biodiversity. 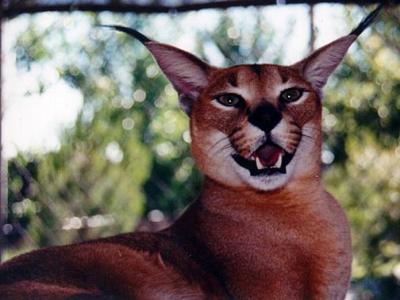 An avivore is a carnivorous animal that preys just on birds. A lot of the birds of prey eat other birds, and they catch them while in mid-air, which is no mean feat, requiring superb eyesight, coordination and strength. Some mammals are also avivores, like the caracal, a medium-sized cat and the greater noctule batof southern Europe.

Aquatic predation is the many different feeding methods that underwater animals use to eat. There are lots of different methods, like suction feeding, which some fish use to suck large amounts of water, containing small prey animals, into their mouths. There’s also ram feeding and filter feeding, find out more below.

A bait ball is the last-ditch attempt by a school of fish to avoid predators, like sharks and dolphins. However, this tactic doesn’t always work, as the predators often end up treating the ball like the world’s fastest (and freshest) sushi conveyor belt!

Cannibalism is an unusual feeding practice which involves the eating of a member of the same species. In humans, cannibalism is only ever a last resort in times of desperate starvation, or an occasional ritualistic practice. Cannibalism happens in the rest of the animal kingdom as well, especially among spiders, where the female spider often eats the male if she doesn’t fancy him – and sometimes when she does! Another example is the praying mantis.

Commensalism is a relationship between two different organisms in which one partner benefits from the other, but doesn’t harm it. A good example of commensalism include barnacles and whales – the barnacles live on the whale’s skin and eat the food particles that float around the whale as it feeds. Some birds follow the trails of army ants, feasting on theinsects stirred up from the forest floor by their marches.

Coprophagy is the consumption of fecal matter. It is commonly seen in dogs and cats but it is quite common in the animal kingdom as well. Even some plants practice them. Humans do practice coprophagy but in most cases, it is due to mental illness than anything else. 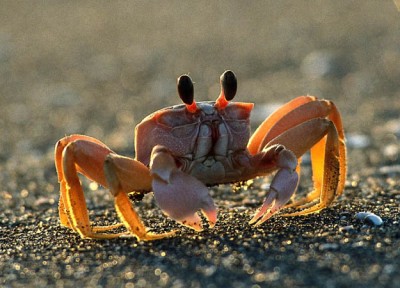 Deposit feeders are very common indeed, and deposit feeding is a major way of life on this planet. These feeders catch (if that’s the right word) by sifting through soil and filtering out the useful bits. To make it as a deposit feeder you need to live in a popular area – desert sand won’t do much for you! The best-known examples of deposit feeders are earthworms, fiddler crabs and various types of insect larvae.

Detritivores are very important parts of the food chain and the ecosystem, as they eat decaying plant, animal and fecal matter. These animals, like earthworms, millipedes and even the chicken, which may surprise you! Detritivores are different to scavengers, because scavengers will eat newly-dead animals of any size (think hyenas), whereas detritivores need the food to be small and preferably easy to eat.

Filter feeders filter water through specialized teeth or mouth parts, discarding the water and keeping hold of small animals or other food particles. The best-known examples of filter feeders include whale sharks, flamingos and krill. Filter feeders mostly aim for plankton and small crustaceans, and most are aquatic.

Fluid feeding is a very common feeding mode. These animals make their living by eating or drinking fluid from their prey animals or from the plants they feed from. Well-known, but not very popular, examples of fluid feeders are fleas, ticks and vampire bats. There are a few pleasant examples, like thehummingbird, but generally, fluid feeders are not well-regarded. Especially when you’re picking them out of your hair! 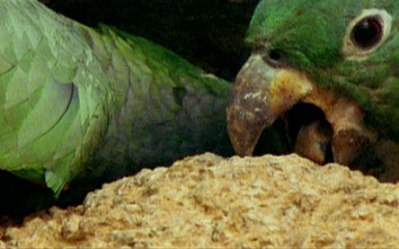 Geophagy is an unusual practice – eating dirt. We’ve all tried it as children, for a laugh or just to see what will happen. As adults, though, it is considered abnormal. Some doctors think geophagy is caused by mineral deficiencies, and others think it’s because of a psychological problem. 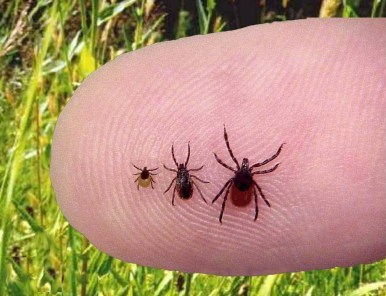 Vampires are the best-known hematovores, as well as the most glamorous. However, most animals that fall into the blood-eating category are quite reviled. We’re talking ticks, leeches, vampire bats and mosquitoes. All hematovores have special compounds in their saliva that overcome clotting and irritation, so that they can feed for as long as they need to without alerting their victims.

Herbivores are animals that eat plant materials like leaves and grasses. A lot of mammals (ruminants) are herbivores but you can also find birds and insects that eat plant materials as well. Some herbivores are specialized eaters or prefer to eat a certain part of a plant. Examples are like termites, which like to eat the woody part of a plant. Some prefer nectar and others prefer fruits.

An insectivore is an animal that eats insects. Insects are a good source of protein and calories for all sorts of creatures the world over. The thing about bugs is that, although most of them are small, there are quite literally trillions of them! A lot of the planet’s biomass is made of bugs, so if you’re a bird or a bat, they’re an easy meal. Some animals, like bats, are true insectivores, as they eat little else. Other animals use insects only as part of their diets.

Kleptoparasitism means parasitism by theft. One animal steals the prey, or other foodstuff, that another animal has made the effort to source or catch. This form of feeding happens throughout the animal kingdom, and well-known examples of kleptoparasites are the hyenas, who are notorious for stealing from lions, and even from each other. 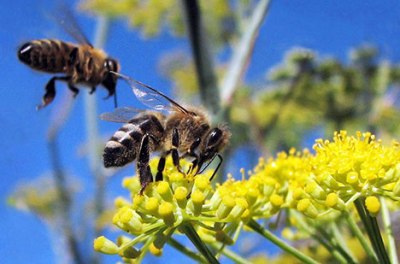 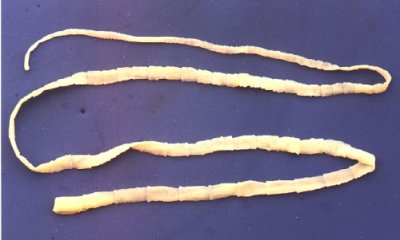 Parasites are horrible. They come along and take what they need from their host, giving nothing in return except for ill health, irritation or worse. Tapeworms are a feared human parasite – they cause discomfort and deprive the host of valuable nutrition by stealing it right out of the gut. Fleas are another bad parasite. They are unpleasant and irritating, but they can also spread diseases. 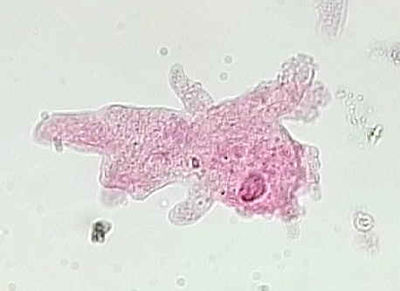 Phagocytosis occurs when cells ingest solid matter. It can be either food particles or a bacterium, but only certain types of cell, or certain types of animal (like the amoeba) can actually perform phagocytosis. These phagocyte cells get the particles by engulfing and absorbing them.

Even the word scavenger sounds revolting, and we see scavengers as dirty and low, like flies, vultures and hyenas. They are, however, absolutely necessary to the food chain and the health of the planet, as they remove rotting plant and animal matter from the environment, recycling it as safer and more usable material.