SAY NO TO EXTREMISM!!! BE HUMAN

On December 14, it was reported by Ziad Fadel of Syrian Perspective that death squads operating in Syria had once again committed a massacre against civilians, this time in a town known as Adra. Fadel claimed that Christians, Druze, and Alawites had been specifically targeted and that many had been killed by being burned alive in bakery ovens. 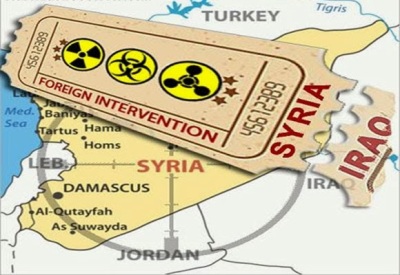 On December 16, RT confirmed Syrian Perspective’s reports both of the massacre by the death squads, as well as the gruesome methods used to kill some of the victims.

At this time, it is being reported that at least 80 civilians have been executed by death squad forces currently occupying Adraa, a town located northwest of Damascus. Like the Maaloula nuns, many other civilians have been kidnapped in order to be held for ransom or as human shields.

For now it’s established that over 80 people were killed in the areas now taken over by the army. Often whole families were murdered.

Some families were kidnapped in order to be used as human shields in areas where the Syrian army is now trying to free the civilians.

The military sources also said that the other kidnapped families were moved to the area south of Adra in the direction of the town of Douma, which has been the opposition’s strategic backland since the start of the Syrian crisis [in March, 2011]. It’s also where the most important rebel fortifications are situated.